The Pilot Project with Mary Epworth 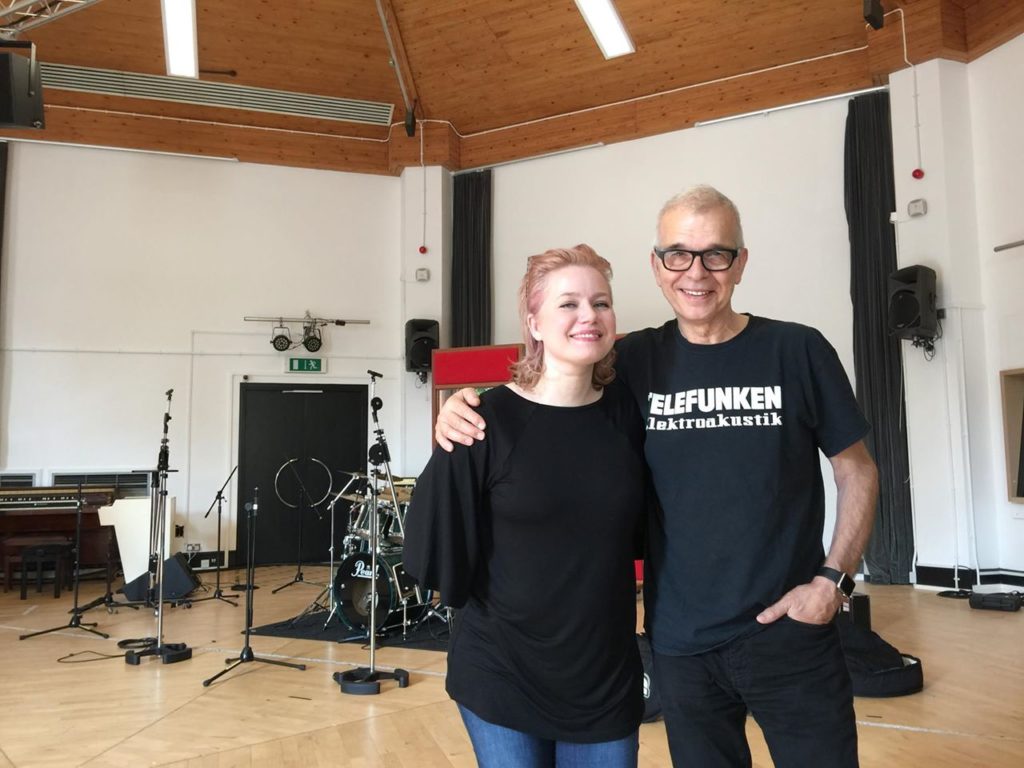 For our inaugural recording project in Visconti Studios, we invited the very excellent Mary Epworth and her band to come and collaborate with Tony and a selection of Kingston University music students during the week leading up to our launch event in September.

We strongly suspected that Mary would be an ideal artist for this project due to her eclectic approach to music-making, and we were right: her openness, creativity and generous demeanour meant that there was room for fun and experimentation. What she, her band and Tony managed to achieve in a short amount of time was fantastic, and she got on famously with our students.

Once the equipment was loaded in, Tony arrived and we began transferring the demo to tape, to record against. The octagon already had a lot of orchestral percussion set up – timpani, gong and bass drum – and we dug out the large marimba (we have a few) and vibraphone. By the end of the project, I think we made use of nearly everything in the room. Tony had the idea of muting the timpani with jumpers and coats, to create a deep, muffled, tom-like tone. He also showed the students how to change the pitch of the snare drum using tape varispeed settings, and running signals through the Eventide Harmonizer H3000.

When it came time to track vocals, everyone piled into the octagon and under the guidance of Mary’s conducting, performed group backing vocals for one of the tracks called ‘Volunteer’.

At the end of the 4 days, Tony, Mary, her band and the students managed to record and roughly mix two new tracks, excerpts of which were played at the Studio Grand Opening Event on the 19th. We’ll upload some pictures and a video of this very soon!