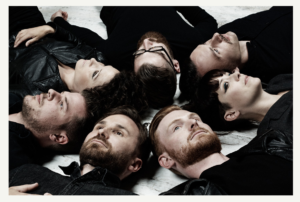 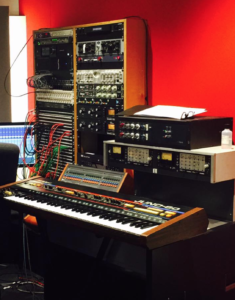 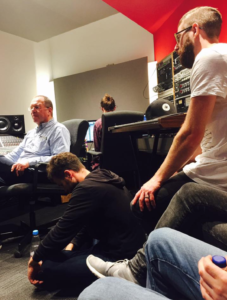 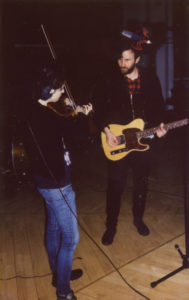 This has been the second stint of recording for the band and producer at Visconti Studio, and once again,
Kingston University music students were fortunate enough to be able to assist on the sessions. A big V.S
thank you to both artist and producer for creating this opportunity and well done Adam, Laura, Rob and
Alistair on your hard work on what sound like very creative and productive days. It was also great to see
Visconti Studio Winter School alumnus, David James, making the long journey from the US to return to
assist on the sessions. We can’t wait to hear the finished tracks! 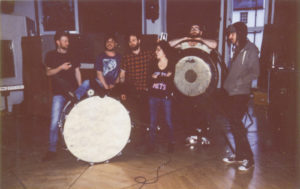 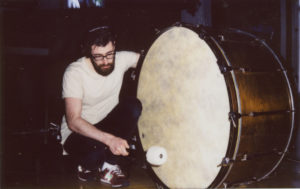 A little about Flight Brigade…

Think of Flight Brigade as a family as much as a seven-strong band and you start to understand the
chemistry between them. Think of their songs as epic stories to which each member is essential and
you begin to grasp what makes their music so powerful. Watch them perform and you can’t fail to be
struck by the special bond they share.

Flight Brigade’s strength in numbers suits the scope of their songs, the ambition of their arrangements
and the myriad of musical styles in their melting pot. The grand orchestral sweeps, the crunching
anthemic guitars, the striking mix of male and female have brought Flight Brigade comparisons to
Arcade Fire and Of Monsters and Men, other pop troupes who refused to compromise their size for
the sake of their sound. “We didn’t set out to be so many,” says keyboardist and singer Miriam Baines.
“It happened because we couldn’t not let it. We wanted piano, we wanted strings and orchestration.
We wanted our songs to be big and our stories to be told with lots of layers. That’s how we hear them
in our heads. We hear an orchestra and the drama that adds.”