S.O.L Collective release their debut album, Reveries, today. The album was recorded in a single week during our Pure Analogue 2019 Winterschool, the band tracking direct to tape. 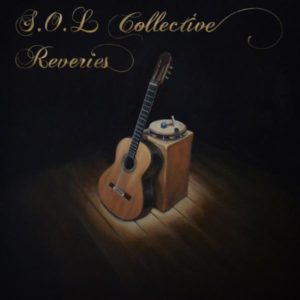 The album was produced by Olympic Studios legend Chris Kimsey and is co-written, arranged and performed by the amazing Ollie Clark, James Larter and Stuart Zender. The record was also engineered by Rob Plummer and a team of our talented student interns.

Check it out here.