Kingston University’s Stylophone Orchestra made a record earlier this year and it’s available to pre-order today from boutique electronica label, Spun Out Of Control.

A joyful, buzzy, queer and epic album, pre-order either the limited edition vinyl records or the digital download here today. 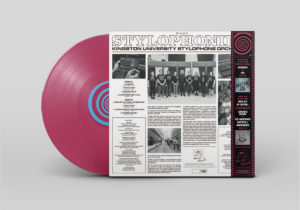 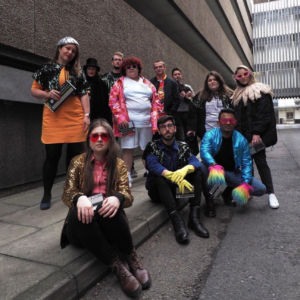 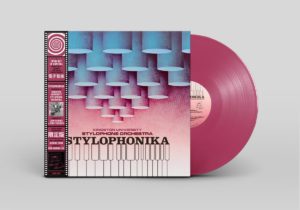 An experiment in collective noise making, the Kingston University Stylophone Orchestra was created by Dr Leah Kardos in early 2019.

Through legendary producer Tony Visconti, Leah was introduced to Stylophone manufacturer Dubreq, who donated a collection of new and vintage instruments to Visconti Studio’s analogue instrument archive, based at the University. At the sight of a car boot full of Stylophones, Leah found herself wondering aloud if a musical ensemble using the unique electronic instruments might be possible.

A notice went up, and a handful of intrepid students showed up to a first rehearsal.

Though the musical palette of the Stylophone initially appeared limited, its restrictions quickly inspired creativity and ingenuity.

With the orchestra made up of current and ex students, plus staff from across the University, the instantly recognisable sound of the original Stylophone has been augmented by the full range of Dubreq instruments, mixed in with Theremin, Omnichord and Volca sequencers, as well as the members’ collective voices.

The global pandemic put a stop to the group’s regular rehearsal schedule in 2020-21. So, with all upcoming performances cancelled, it was decided to turn the orchestra’s attention towards a collaborative production project – something that everyone could work on remotely, as both distraction and creative outlet. Once campus began to open up again in March 2021, the orchestra returned to Visconti Studio to record the finishing touches for this debut album release.

Paying homage to the classics of electronica from the past half century, it can be argued that Vangelis, Carlos, Jarre and Eno, are, in their own way, the equivalent of Beethoven, Bach, Mozart and Barber before them. But the group also wanted to collaborate on original compositions, exploring the unique range of musical expressions that only a Stylophone orchestra can make. Reacting to the passing of ambient music legend Harold Budd in December 2020, the orchestra created its tribute ‘Olancha Farewell’, blending voices and synthesisers within the long acoustics and plate reverbs of Visconti Studio – and re-amplifying the music through the resonant soundboards of the studio’s concert grand pianos – to create something fittingly elegiac.

The Kingston University Stylophone Orchestra is believed to be the only ensemble of its kind in the world. 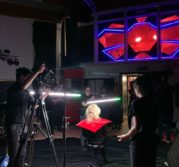