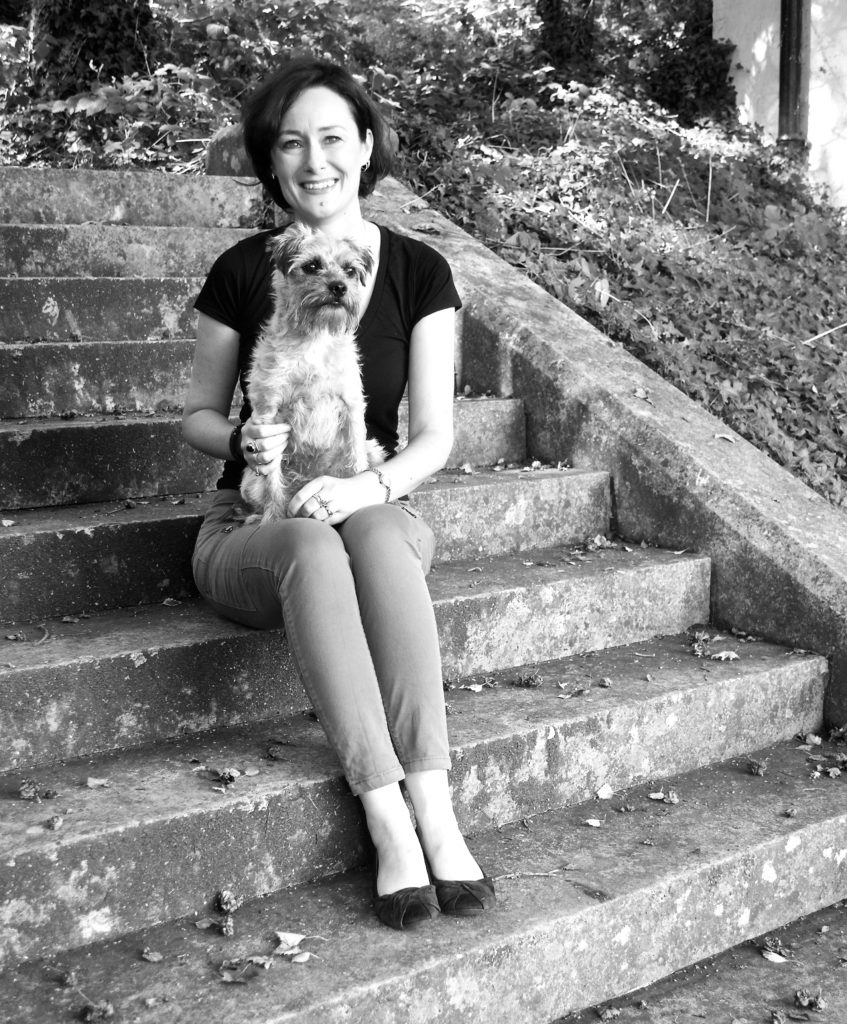 Isabella van Elferen is Full Professor of Music and School Director of Research and Enterprise. She publishes on music philosophy, Gothic music and culture, film and television music, video game music, and baroque sacred music. Isabella is the author of the award-winning Gothic Music: The Sounds of the Uncanny (2012), Goth Music: From Sound to Subculture (2015, with Jeffrey Weinstock), Mystical Love in the German Baroque: Theology – Poetry – Music (2009), and editor of Nostalgia or Perversion? Gothic Rewriting from the Eighteenth Century until the Present Day (2007). Her new book, Timbre: Paradox, Materialism, Vibrational Aesthetics (Bloomsbury 2020), includes sections the warm sound quality of analogue recording and production.

Isabella is editor for The Soundtrack and Gothic and Horror Media Cultures, member of the advisory board of Horror Studies and Aeternum, and was guest editor for Journal for the Fantastic in the Arts (2013), Horror Studies (2016) and Contemporary Music Review (2017 and 2020). With Dr Samuel Wilson and Dr Matthew Sergeant she leads the international network Music and Materialisms.

Born and educated in the Netherlands, Isabella enjoys hiking and gardening under the vast skies of the Low Lands and in Britain’s green hills. She sings in the Renaissance Choir and enjoys dancing to dark Gothic music. Her favourite analogue sounds are those of old-school Goth. 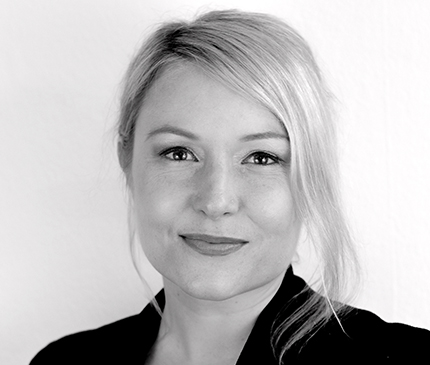 Leah Kardos is a musician and academic who is currently active in contemporary classical, media and commercial music circles.
As a music researcher, her fascinations include studio craft and the arts of record production, the semiotics of sound in contemporary musics and exploring interdisciplinary approaches to creative practice. Critical and musicological study of the music of David Bowie is an area of special interest.

A signed artist with London label Bigo & Twigetti, her creative work focuses on the communicative power of timbre, memory and pattern recognition, and the beauty of spaces, having recently worked with performers and ensembles such as pianists Ben Dawson and R. Andrew Lee, soprano Laura Wolk-Lewanowicz, The Ukulele Orchestra of Great Britain, and Australian chamber orchestra Ruthless Jabiru. Leah’s music has premiered in spaces and venues as diverse as the National Portrait Gallery, Australia House London, Sydney Opera House and Spectrum, New York. She has also been known to accept the odd film and TV music commission.

Originally from Brisbane, Australia, she currently lectures in music at Kingston University London where she is the project leader of the analogue recording and research facility, the Visconti Studio.

When she is not teaching, researching or hogging the Mellotron, Leah enjoys slaying dragons in fantasy RPG worlds, CrossFit and eating high quality sushi. 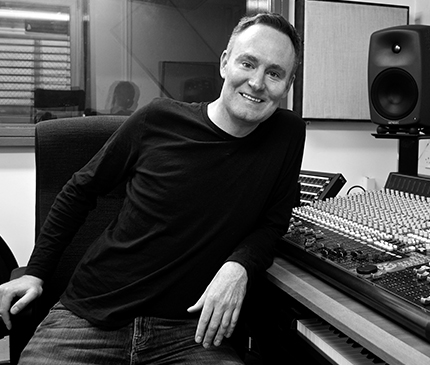 Alex Evans has extensive professional experience creating music through composition, recording and performance work. A classically trained musician, he has spent a large part of his life working in popular music.

A founding member of British rock group Moke, he has released two albums and numerous singles including the top 20 US hit, My Degeneration. Alex has been signed as an artist to Warner Bros, Ultimatum, Artemis and Dorado record labels and with Moke toured the UK, Europe and the US extensively throughout the late ‘90s/early 2000s along with many acts including The Goo Goo Dolls, The Black Crowes, Senser, Kings X, Tonic, Dogstar and Spacehog. He has recorded at Abbey Road, Rockfield, Olympic, Royal Tone, Strangeway, Sphere, Mix This and RAK studios with producers including Dave Eringa, Bob Clearmountain, Tim Palmer, Paul Stacey and Chris Kimsey.

Further to Moke’s hiatus in 2002, Alex worked as a Music Buyer for international entertainment retailing chain, Virgin Megastores, before finding work as an in-house composer at Matineé Sound & Vision Ltd. Following a return to study, where he completed both a PGCE and a Masters degree in Composing for Film & Television, Alex has worked as a lecturer within Higher Education.

He is currently a Senior Lecturer in Music and remains active in the music industry as a writer, performer and session musician. In his spare moments, and when his children allow it, Alex can be found tinkering with an assortment of cantankerous vintage synthesizers. 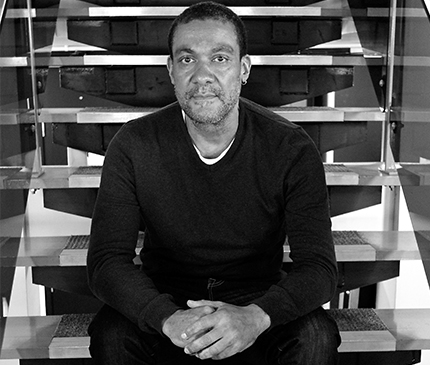 Raised on a cocktail of Motown, early rap and ‘80s jazz funk, Ebby began working in the music industry via a dance music record shop, where he combined specialist record buying and selling with DJ-ing at rave parties.

In the early ‘90s, his interest in music technology eventually led to him trying his hand at sound engineering. Several years of freelance work led to an opportunity to work at the world-famous Mute Studios where he was employed an in-house engineer for seven years. Through this, he was fortunate to work with many incredible producers including Gareth Jones, Flood and Ben Hillier, as well as a broad range of artists including Richie Hawtin, Barry Adamson and Erasure.

Advancements in hard disk recording, coinciding with two small mouths to feed, saw him supplementing his income via a temporary music technician job at Kingston University. Eventually, this job became permanent. Since then, Ebby has had what he describes as a wonderful opportunity to pass on the knowledge he gathered as a recording engineer to many students, colleagues and visiting artists, as well as helping to create a suitable environment for recording and music technology to flourish within the Department. He is very excited by the Visconti Studio project, as it brings together a team of people of varying areas of expertise, with the goal to create a hybrid analogue/digital environment worthy of the legendary name we have to endorse: Tony Visconti. 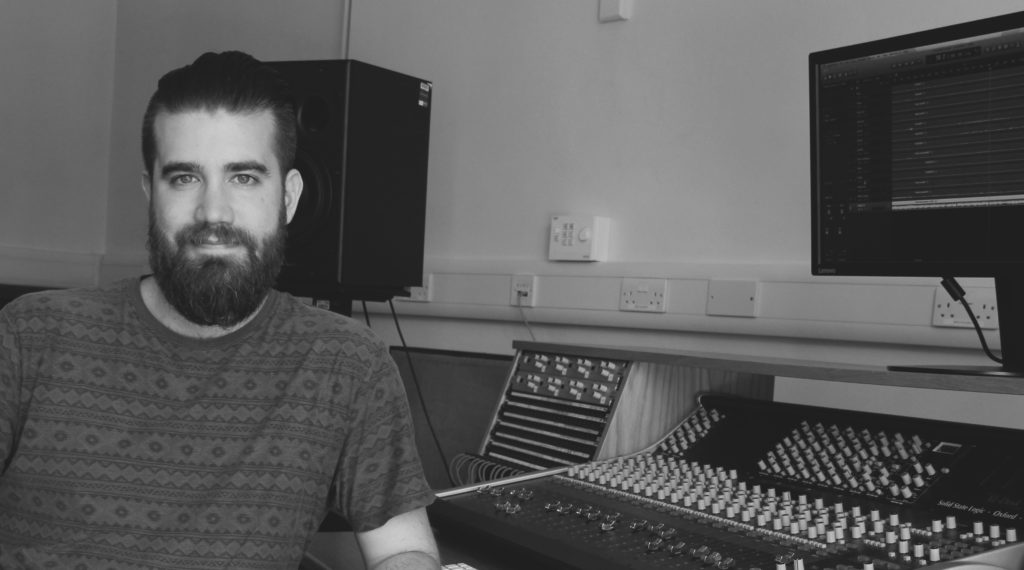 Michael completed his doctorate at De Montfort University in 2014 reading electroacoustic music analysis. Part of his major contribution was the conception and creation of the OREMA (Online Repository for Electroacoustic Music Analysis) project: an open access knowledge repository and web 2.0 platform that allowed users to upload, share and discuss analyses of electroacoustic works. An open-access peer-reviewed online journal, called the eOREMA journal, was also created as part of the project in order to disseminate research.

His work as part of the composer collective Hear Th↓s Space (a group who curate site-sensitive acousmatic concerts) and his year-long research position within the Groupe de Recherches Musicales (investigating future accessibility issues of digitally stored music) during his Masters have also informed his creative practice.

In 2017 Michael founded Acid Grass Records: a student-led collective of music producers. The aim of the collective is to collaborate and produce new popular musical works that employ unique recording and post-production techniques. 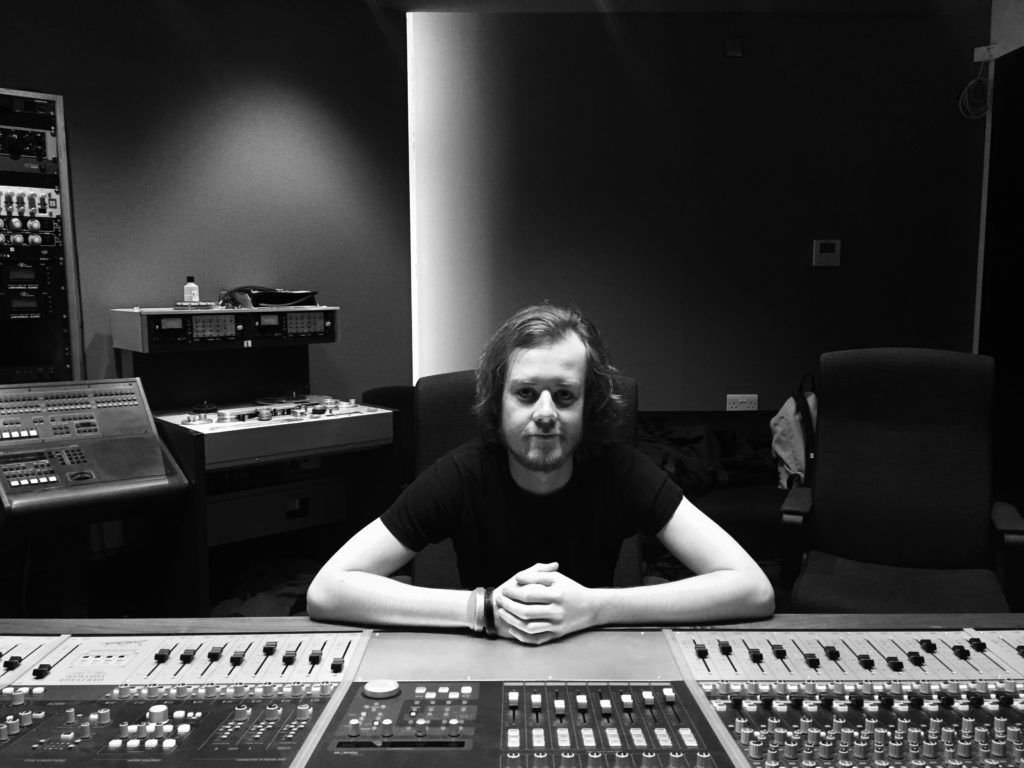 Originally from the south coast, Rob is the in-house engineer for Visconti studio. He specialises in tracking, utilising the fantastic and large live room, as well as the amazing selection of analogue equipment available.

Rob is a classically trained musician who originally came to Kingston to further his musical knowledge after an intense year of studying jazz on guitar. He is also responsible for the maintenance and upkeep of the studio, working to ensure it functions in its fullest capacity; as well as looking after the Visconti interns.

He has worked with artists such as Romances, Flight Brigade, Ralph McTell and S.O.L. Collective, and engineered for many producers including Tony Visconti, Chris Porter, Chris Kimsey and Ian Davenport.

As well as working in the studio, Rob works as a live sound engineer at local venues and enjoys working on his own music projects.
www.robertplummer.co.uk 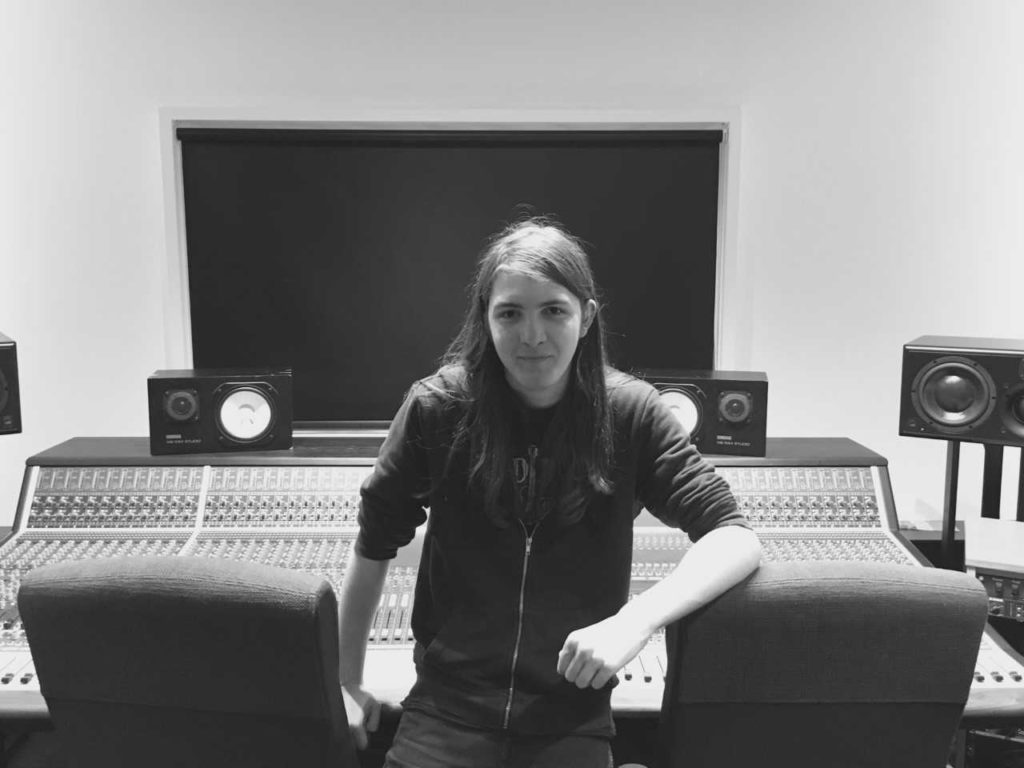 Ali Miller is a live and studio engineer, performer and songwriter. After graduating from Kingston University, he has worked with a variety of performers across London and the South East.

Ali’s bite from the recording bug lead him to study Music Technology alongside Music performance while attending Queen Mary’s College, getting a reputation as a keen engineer. Meanwhile, he was also a regular on the local music scene playing with his then band, before applying to study Creative Music Technologies at Kingston.

During his time at Kingston, Ali worked in many venues with a variety of acts as a live engineer to compliment the studio work he was doing for his degree. Working closely with smaller UK bands Ali completed his dissertation comparing different methods of recording in a studio setting. This has led to a close working relationships with a number of new and exciting artists that he continues to support.

He is currently expanding his knowledge and expertise in the industry and is excited to be a part of the Visconti team.