We’re now into the second day of the first Visconti Studio Winter School and so far it’s been busy!

Day 1 saw our students being oriented to the studio, equipment and instruments. Dividing in to two groups, during the morning group 1 spent their time learning about signal flow between the live and control rooms, how to use the desk, and most significantly how to operate our beautiful Studer A827 2″ tape machine.  Below, the lost art of punching in / out is outlined by Visconti Studio Technical Officer and engineer supreme, Ebby Acquah. 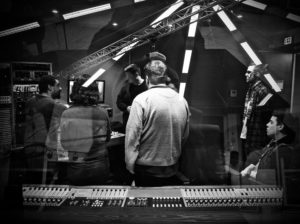 Group 2 spent their morning with Calvin Sheppard. Calvin is probably best described as a studio wizard, and apart from being a fantastic producer / engineer, also possesses ninja-level skills to do with all things electrical. With him, the group learnt about loading tape, lining up and biasing multitrack tape machines. After a short lunch, the groups swapped over for the afternoon sessions.

Towards the evening, both groups combined to put their newly developed skills into practice and performed / engineered a short recording which they tracked to tape. 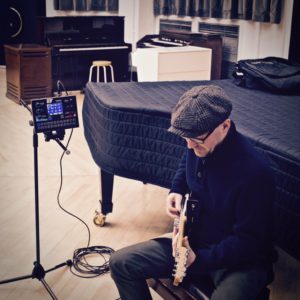 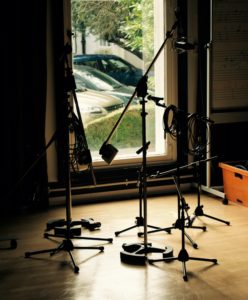 Day 2 has seen the arrival of our Winter School guest artist, the very talented Artbreak… 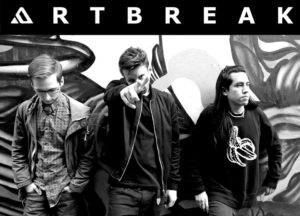 …as well as this week’s double Grammy Award winner, Tony! Congratulations to him! 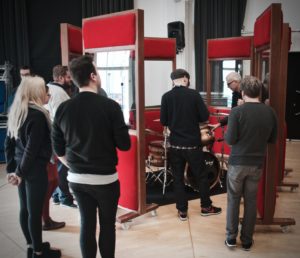 With the afternoon ahead, it looks like the band will be tracking live – here, the students discussing drum mic setups with Tony.

We’ll post more as the week of recording continues!